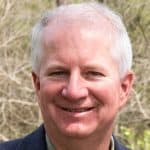 Crop insurance plays a very important role in helping many U.S. farmers manage risk.  Every year, there are farmers who have weather-related yield losses, or sometimes complete field losses, who benefit from the safety net of crop insurance.  In some years, this safety net has to be very large, such as 2012, when two-thirds of the country was affected by drought and agriculture losses were estimated at $30 billion dollars, with overall U.S. corn yields reduced by 26% (Rippey, 2015).  Another prime example was 2019, when an extremely wet April and May caused the majority of Midwestern farmers to be several weeks delayed in being able to plant. Ultimately, 19 million acres could not be planted at all and were declared “prevent plant,” meaning the farmers filed a crop insurance claim indicating the field could not be planted in a reasonable time frame. That year, they requested $4.2 billion in claims (Schnepf, 2020).

While crop insurance is a critically important tool in managing risk, there are other risk management strategies employed by farmers, including use of conservation practices that make soil more resilient. There is a strong body of research demonstrating the benefits of conservation practices to soil health, water retention, and crop resilience to extreme weather events. A recent study by The Nature Conservancy (Kane et al., 2021) analyzed county-level soil organic carbon (SOC), drought levels, and other environmental factors and found that increased SOC reduced the likelihood of farmers receiving an insurance payout.

Another key source of information on the interaction between conservation practices and insurance payouts has been the SARE[1]/CTIC[2] National Cover Crop Farmer Survey. The most recent SARE/CTIC survey report was released in 2020 and gathered information from about 1200 farmers on their 2019 crop year experiences, a year when so many had major planting disruptions from wet weather (72% of the surveyed farmers reporting having at least some “prevent plant” fields).  The survey report included data showing how cover crops can reduce crop production risk, for example:

As it currently stands, the federal crop insurance program is not designed to reflect risk management benefits of conservation practices. The rating procedure for federal crop insurance is calculated on a county-basis using Average Production History (APH), or the average historic yield of a mixture of fields. A paper published by Woodard and Verteramo-Chiu (2016) in the American Journal of Agricultural Economics evaluated the potential of integrating high resolution soil data into models to calculate insurance rates. They found direct, compelling evidence that large-scale, highly available soil data can predict crop insurance loss rates and that the lack of soil data utilized in rating leads to potential errors. If federal crop insurance policies could be updated to reflect the risk-reducing impacts of soil health on yield, we could have a program where reduced insurance premiums provide a financial incentive for adopting soil health practices.

The National Cover Crop Farmer Survey has included several questions over the years about farmer perceptions of crop insurance barriers in terms of cover crops.  For example, the 2017-18 survey asked whether perceived issues with crop insurance was impacting farmer adoption; a sizeable fraction of farmers, 30%, reported that they perceived crop insurance to be a barrier to cover crop adoption. What does that mean?  Some have assumed if the majority of farmers are not reporting a problem, then there is no issue.  But that’s like saying that the fact that only 21% of all Americans die from cancer means that cancer is not an issue (Nichols, 2019).

Likewise, some have cited a recent graduate student study (Fleckenstein et al., 2020) to make the argument that the federal crop insurance program does not present barriers to conservation. The paper by Fleckenstein and coauthors does provide some helpful survey data, but I think we should avoid drawing overly broad conclusions about crop insurance and conservation from that single paper.  The Fleckenstein article shared results of survey work in Indiana, Illinois, and Iowa on selected aspects of how crop insurance affected farmer decision making on cover crops and no-till (or conservation tillage). One of the authors’ findings was that the majority of farmers who have already adopted conservation practices said they have been little impacted by crop insurance.

Fleckenstein and co-authors did show that farmers were more likely to be held back on adoption of cover crops than no-till/reduced-till because of crop insurance concerns, perhaps reflecting that cover crops are a newer practice while conservation tillage has been around for longer and is much more common.  While the reported survey data was certainly helpful, more research is needed on the specific factors holding back the majority of commodity farmers (the so-called middle adopters) from adoption of cover crops and other soil health practices.

However, there is clearly more we need to learn about how crop insurance and conservation are connected. A recently launched  Conservation and Crop Insurance research pilot [5] is going to shed light on this topic. This pilot project, led by researchers at the University of Illinois, in partnership with USDA, is looking at USDA agency data and other information to better understand how use of cover crops and no-till affected corn and soybean planting date in the extremely wet spring of 2019, whether planting occurred at all (prevent plant crop insurance claim declared), and what impact the conservation practice(s) had on 2019 yields.  Results of this major data analysis effort should be available by early 2022.

I do believe there is opportunity to have crop insurance policies that actually incentivize conservation practices such as cover crops.  Programs in Iowa and Illinois that give farmers a discount on crop insurance premiums in return for planting cover crops have been very popular and should be considered for the next Farm Bill.  Overall, we need to continue to think creatively about farm policies that reflect the risk-reducing benefits of conservation practices.

[1] SARE is the Sustainable Agriculture Research and Education program, a grants and outreach program funded through USDA-NIFA.

[4] In the summer of 2019, USDA did relax crop insurance policy restrictions on cover crops in a way that improved the situation for farmers making use of cover crops.

Rob Myers is Director of the Center for Regenerative Agriculture at University of Missouri, and also serves as Regional Director of Extension Programs for the North Central Region Sustainable Agriculture Research and Education program.  He has been a member of the AGree task force addressing conservation and crop insurance issues since 2015.  The following are also acknowledged for their helpful input on this blog post: Madelyn Smith, Deb Atwood, and Heather Lair.

*The asterisk indicates Coalition members that do not participate in any lobbying activities related to the Coalition.